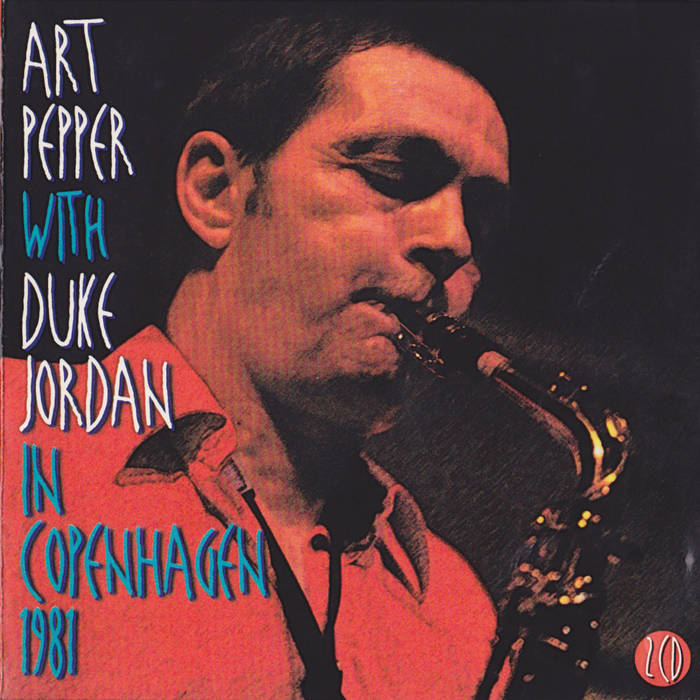 WITH DUKE JORDAN, DAVID WILLIAMS, CARL BURNETT:
Art was extremely competitive. A friend once sent him an album by a saxophone player Art had never heard. We listened to the first track, a ballad. The guy had a phenomenally pretty tone like Art's, and, like Art, he had a soulful, surprising way with a sentimental tune. Art was taken aback by how good the fellow was, and as the song continued I watched him get more and more distressed even as he muttered "Wow" a few times in response to what the soloist was doing. He turned to me, "Do you think John [our friend] is trying to tell me something?” The second track was a lyrical little thing spun out with the sort of lilting ache Art was famous for. By this lime he was wringing his hands. Then the piano introduced the third track, a bebop standard. Art stood up and started pacing. "Okay, okay. Now we'll see if he can swing." The musician we were listening to was an underrated, underheard artist. and it wasn't likely he could challenge Art's reputation in any real way, but, even though part of Art's melodrama was play, not all of it was: He was afraid of losing his stellar place in his own mind. The soloist entered the piece. Art listened carefully. As he nodded in time to the music, his eyebrows, which had angled up over his nose like afflicted exclamations, went back where they belonged. His face smoothed into a closed, smug little smile. Then he pronounced it. "He can't swing. He doesn't swing." He laughed, "Whhewww!" He started doing a little jig, "Ho ho. ha ha. he can't swing!"

It's a fact that Art Pepper never, never, ever failed to swing. Art owned the groove, and this set at the Cafe Montmartre is particularly powerful evidence of that. That this date was more than usually groovy is a lucky accident that didn't seem so lucky at the time. We'd arrived in Europe without our pianist. It was Art's second month-long tour of Europe in a three-month period. He was at the top of his form, and at his age, with his bad health, he was at the end of his last and brightest comeback and he knew it. He was past exhaustion. Triumph and a desperation to do it all were carrying him: he was steadily writing, traveling, performing, recording.

Art traveled with his own band because he felt he could only say everything he had to say within the context of tunes he wrote himself, and his charts were hard to play. They had to be rehearsed and lived with for a while. The absence, for the first few days of this tour, of George Cables, Art's regular accompanist, was going to make this Copenhagen date, he feared, lackluster. Even though Art looked forward to working with the sub, the legendary Duke Jordan, he didn't look forward to a couple of nights of playing standards, and when Danmarks Radio proposed recording the first of those nights, Art was annoyed. He didn't want to seem to be just another bebopper playing the usual things.

He needn't have worried. Nobody who knows the music could ever, hearing this, mix Art up with any other saxophone player, however familiar the chord changes. And although they didn't come from him, these tunes were in him maybe even deeper than were his originals, his offspring. These songs were in his bones, his parents. He grew up hearing and playing them. So after a rigorous spell of playing his own difficult charts, coming to this date and to Duke may have seemed too easy, but it was a reunion of
sorts, for Art. with his roots. And he didn't take it easy, he never did that. He blew the shit out of this stuff. It's wonderful Danmarks Radio recorded it.
-Laurie Pepper
©1996, APMCorp

Born in 1925 in Gardena, CA, and raised in San Pedro, CA. Incredible life can't be summarized here! Read all about it in STRAIGHT LIFE at Amazon. Read what it was like being married to him in ART: Why I Stuck with a Junkie Jazzman. Amazon ditto.

Bandcamp Daily  your guide to the world of Bandcamp